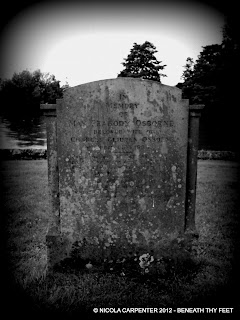 Memorial to May Peabody Osborne, All Saints Church, Bisham, Berkshire.

Under the wide and starry sky, dig the grave and let me lie, glad did I live and gladly die.  And I laid me down with a will.

This be the verse you grave for me, here he lies where he longed to be.  Home is the sailor from sea and the hunter home from the hill." 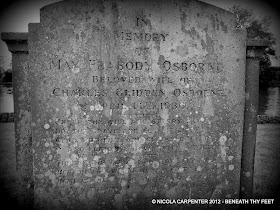 On 1st September 1923 May married her second husband Charles Glidden Osborne and sailed with him and her children from her first marriage,  May Henderson Stillwell, Elizabeth Allison Stillwell and Frances Peabody Stillwell, on the Leviathan to England in the October of 1923.  In 1928 May and Charles had their only child together, Mahmea Enid Lolita Osborne.

It was the verse on May's gravestone that caught my eye first.  The line, 'under the wide and starry sky, dig the grave and let me lie', struck a cord with me.